For the 2021 competition season we decided to compete in the game design challenge. This involved the creation of a game concept intended to be a future FIRST® Robotics Competition game. Game designs, which included documents describing the game, images of the field and game pieces, and other optional files, such as a video or animation, were submitted to FIRST. All entries were divided into divisions named for various elements. There would be winners in each of these divisions, some of which would advance to further judging. Before this, however, teams would need to participate in an interview with 2 – 3 judges in a scheduled event consisting of seven minutes of time allotted to presentation as well as five minutes of time for questioning.

The premise of the game was as follows:

A gro-dome has been built on Mars in order to alleviate a food shortage. Two alliances of three teams each rush their gro-bots to take plants from a cargo drop and place them in the vertical hydroponic farms and on gro-beds before they freeze. The vertical hydroponic farms are designed to swing if disturbed which causes the plants to have stronger stems. Teams must be wary of the sprinklers in the gro-dome as gro-bots could become damaged. At the end of the match, alliances compete over a special yield-increasing fertilized gro-bed. They also store their gro-bots in or on top of the gro-bay as there is limited space inside the gro-dome. The alliance who grows the most plants to produce food wins. 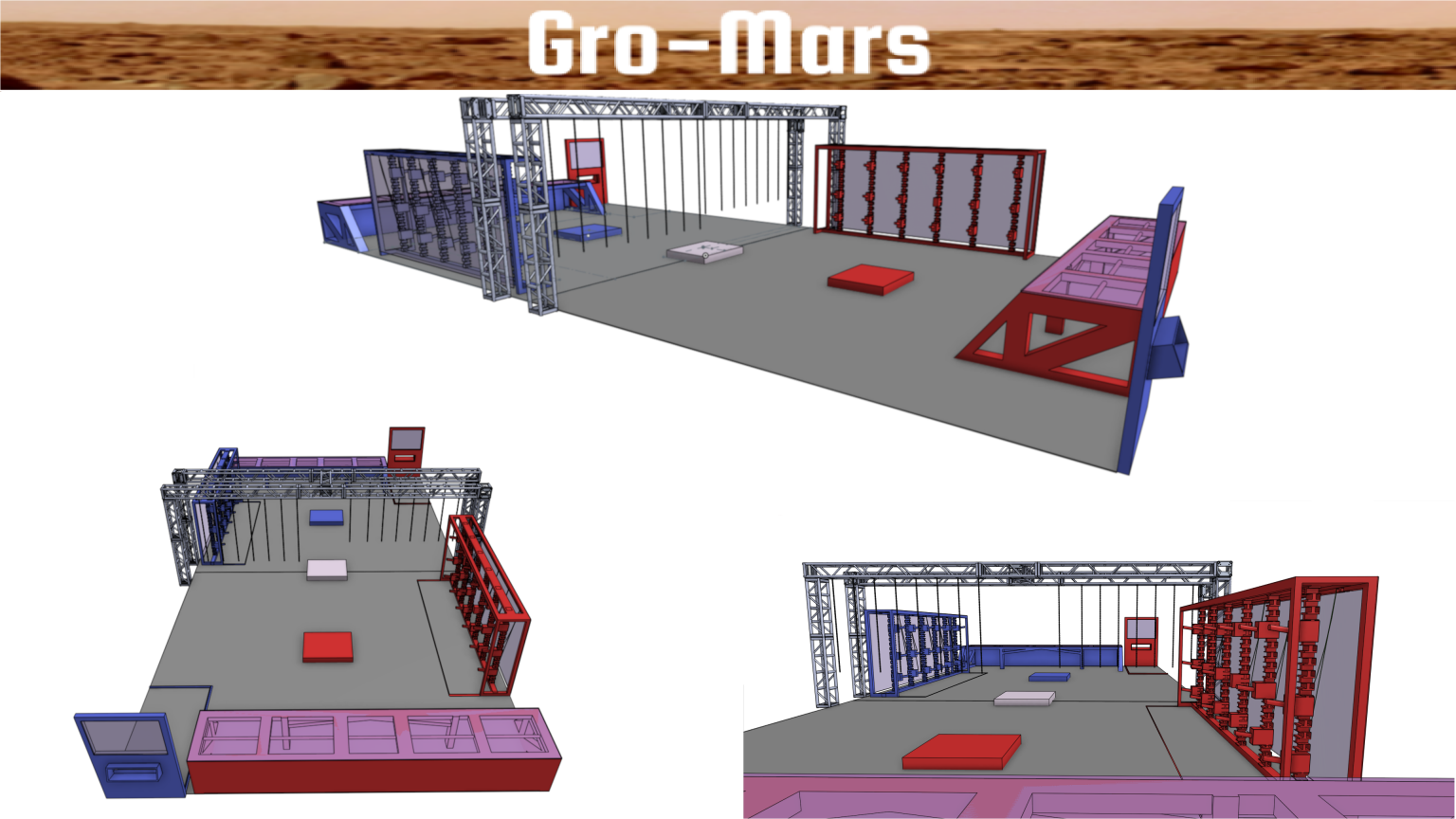 You can view our submission files here:

Super Hornets description of ELEMENT use