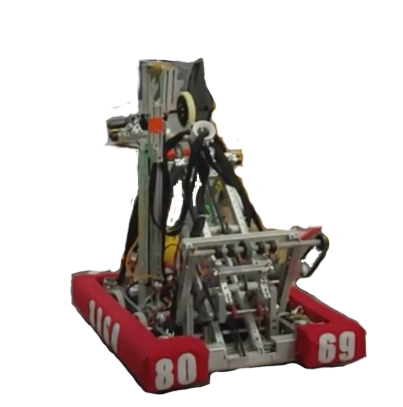 WIP was our first robot. It was designed to compete in the cancelled 2020 Infinite Recharge game. Infinite Recharge involved scoring 7 inch (~17cm) spherical yellow balls known as power cells into apertures known as ports, manipulating multi-coloured wheels known as control panels and hanging from large triangular pivoting structures called generator switches. WIP was designed to accomplish two of the aforementioned tasks scoring power cells and climbing the generator switches. The name ‘WIP’ is an acronym for Work In Progress. The name is a humorous (but accurate) reference to the number of times the robot was rebuilt and to how many problems it had.

The hook was made from 5 pieces of aluminum and had surgical tubing to prevent slippage. Originally it was intended for there to be a trolley which would be able to move along the bar to stabilize the bar, however this proved to be too heavy as the robot was 3lbs (1.30777kg) over the weight limit 125lbs (~57kg).

WIP had an unusual elevator mechanism which would raise the hook onto the bar. The elevator was pushed upwards by a single motor through a lead screw; the second and third stages were pulled up by a parachute cable.

The winch was a mechanism which consisted of a ½ in. (1.27cm) hex shaft with a piece of heavy strap tied to said hex shaft powered by two 775pro motors in a dual input gearbox with a ratchet on the end. It also had an AND gate which would prevent accidental activation. 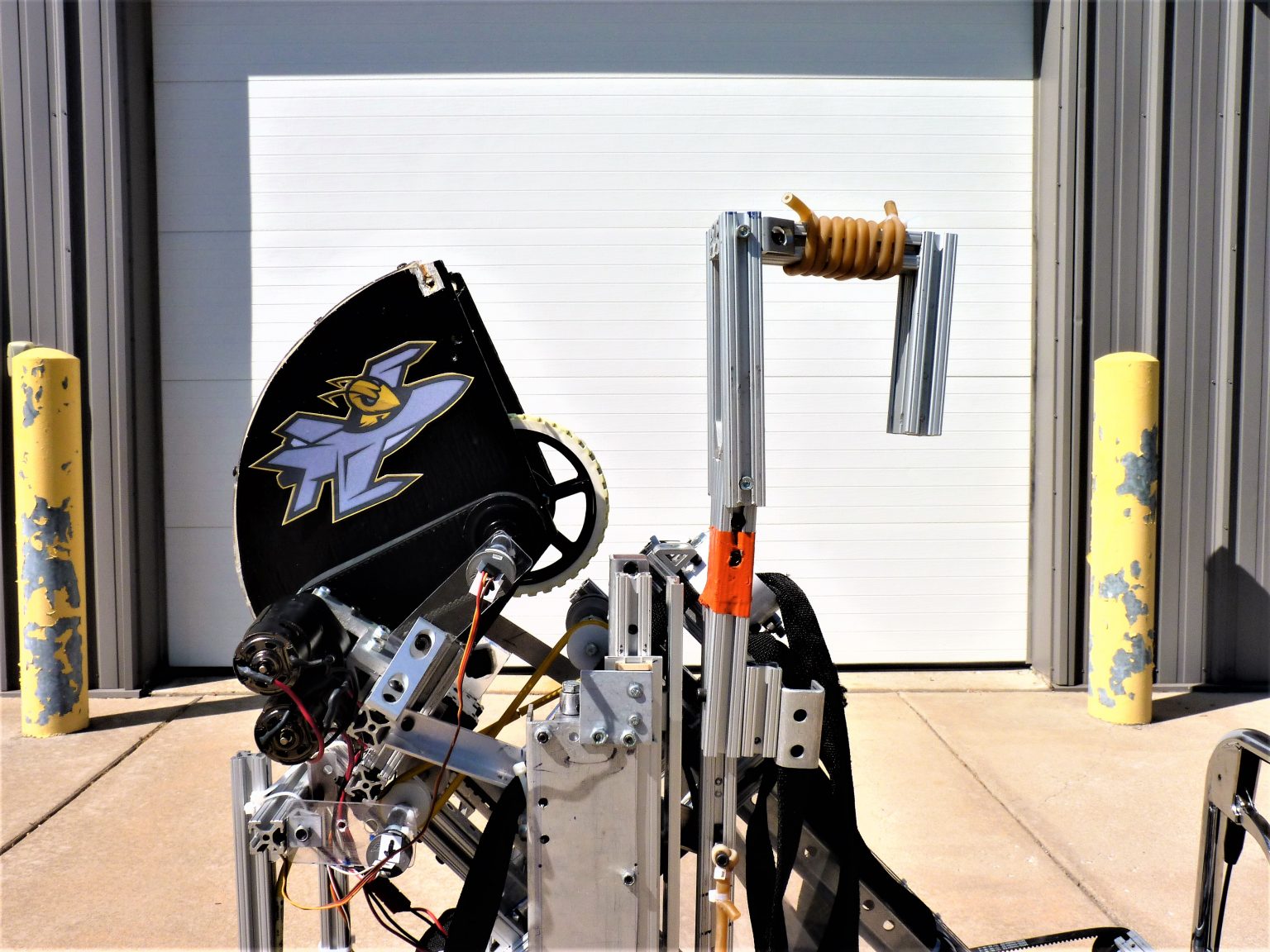 The shooter was made from plywood, lexan, 2 775 motors in a dual input gearbox, a belt, and a K.O.P. wheel from a previous season.

The loader had a metering system which used two optical sensors (one analogue, one digital) and five (5) logic gates (case structures) to properly distance balls. It had two large belts with which it would transport balls; however the pulleys would sometimes cut into the power cells, destroying them. There were two instances of the loader becoming jammed and its motor burning out. We had to rebuild the ball storage 7+ times… 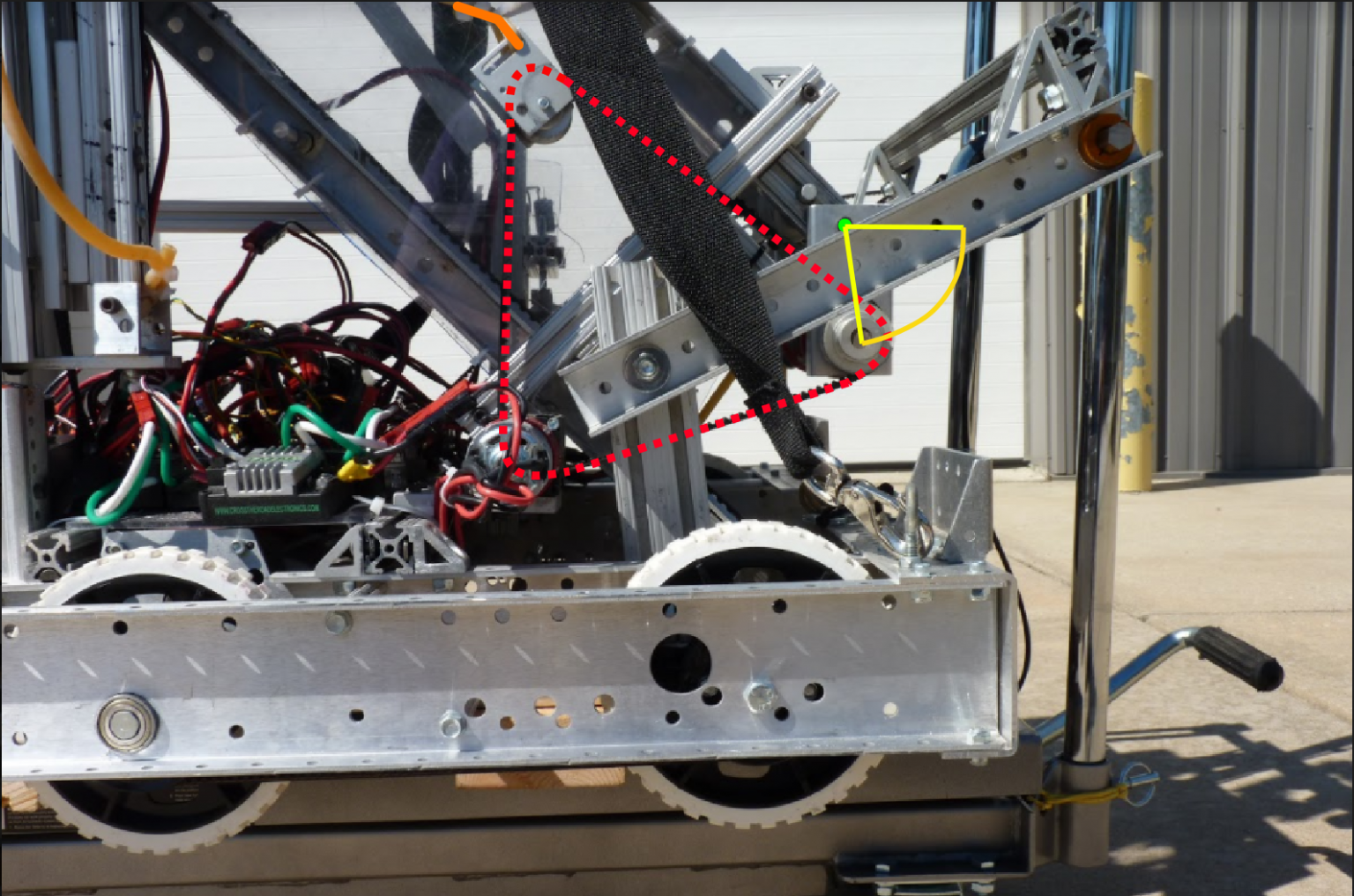 Interesting information: WIP had fifteen motors and eleven motor controllers as evident in its open VI.